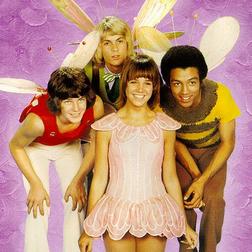 As we pointed out in our earlier post this morning, today is Martha Raye’s birthday. What better time then to talk about her obligatory late-career weirdy role, Benita Bizarre on The Bugaloos (1970-1972). 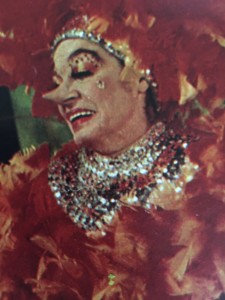 The Bugaloos was an in-betweener and it seems to have gotten lost in the shuffle of people’s memories. It is the psychedelic Sid and Marty Krofft children’s television program that debuted after H.R. Pufnstuf (1969) but before Lidsville (1971). Raye played the evil villainess Witchy-Poo equivalent who somehow lived inside a juke box. The good guys were a cute British rock band mixing elements of the Monkees and Scooby Doo/ Josie and the Pussy Cats (i,.e. a mixture of boys and girls). Oh, also they happened to be bugs: a bumblebee, a ladybug, a grasshopper, and a butterfly (I notice they only picked cute bugs: no nits or fire ants). At any rate, I think they had an unrealistic expectation of having hit bubblegum records a la The Archies (“Sugar Sugar”), though it didn’t pan out that way.

HOWEVER, the cruelest thing I will do all day is plant their theme song in your head. I defy you to eject this song from your mind for the next several days: