Ruby Keeler: Tapped to be a Star 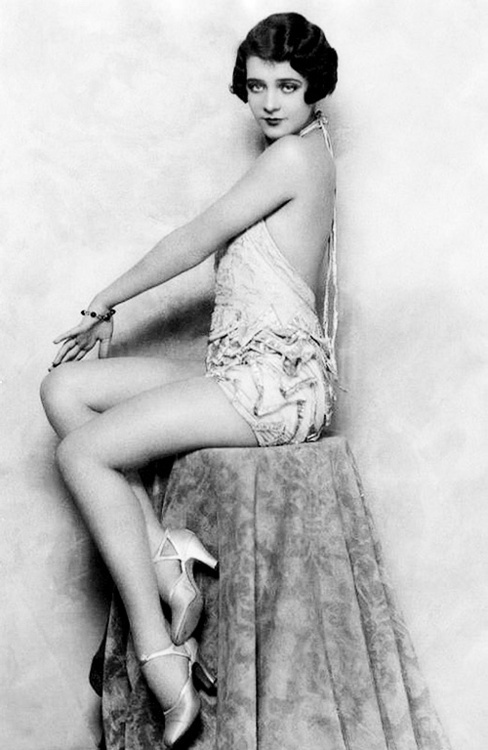 Ruby Keeler (Ethel Hilda Keeler, 1910-1993) is another of those performers about whom I keep saying, “I haven’t done a post on her yet?“. But surprisingly, Keeler didn’t come out of vaudeville, and that’s why the lapse. Yet her artistry is so closely related we feel we can’t neglect her any more.

Born in Nova Scotia, raised in NYC, Keeler went straight from teenage dance classes into the chorus line of George M. Cohan’s Broadway show The Rise of Rose O’Reilly in 1923 (she lied about her age, she was only 13). This led to work at Texas Guinan’s El Fay Club and the Broadway shows Bye Bye Bonnie (1927), Lucky (1927) and Sidewalks of New York (1927).

Movie fans love her tap dancing; most of the dance experts I know tend to be less generous with respect to her abilities in that area. One quality all agree on though is her appeal. She possessed an extremely rare mix of innocence and sensuality that is like cat nip to a male audience. It was this quality that inspired Cohan and Charles Dillingham to cast her in shows, and it was this quality that drove the most eligible of show biz bachelors, the 42 year old Al Jolson to snatch the 18 year old Keeler out of the cradle and marry her.

At first the balance of power was all in Jolson’s direction. He famously humiliated her during the opening performance of Show Girl in 1929, when he stood up in the audience and sang during her number, thus stealing her spotlight. Four years later, that balance would shift to her advantage when she starred in a series of now classic Hollywood musicals, many under the direction and/or choreography of Busby Berkley: 42nd Street (1933), Gold Diggers of 1933, Footlight Parade (1933) and Dames (1934).

By this point the career of Jolson (who had been the very first star of the talkies starting in 1927) was in decline. To help boost his waning box office she co-starred with him in 1935’s Go Into Your Dance.  But movie musicals (and now Keeler too) were going out of fashion. She continued to appear in a string of ever less popular movies through 1941 and then retired to marry her second husband John Homer Lowe (she’d divorced Jolson in 1940. ) 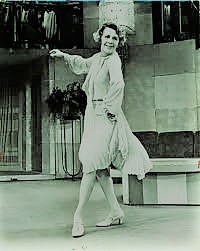 Keeler occasionally popped out of retirement to make the odd film or tv appearance thereafter. Her major re-emergence occurred in the 1970 revival of the 1925 Broadway show No, No, Nanette with Jack Gilford, Patsy Kelly, et al, which ran for two years. She passed away a little over two decades later.