Professor Wormwood’s Dog and Monkey act was a popular vaudeville act of the early 20th century. The act consisted of 31 Monkeys and 24 dogs that rode bicycles, turned somersaults, juggled, engaged in swordplay and portrayed waiters, barbers, and comedians. The monkeys were dressed as old men and women who would obey verbal commands. The dogs were harnessed to small carts and the monkeys would act as drivers. 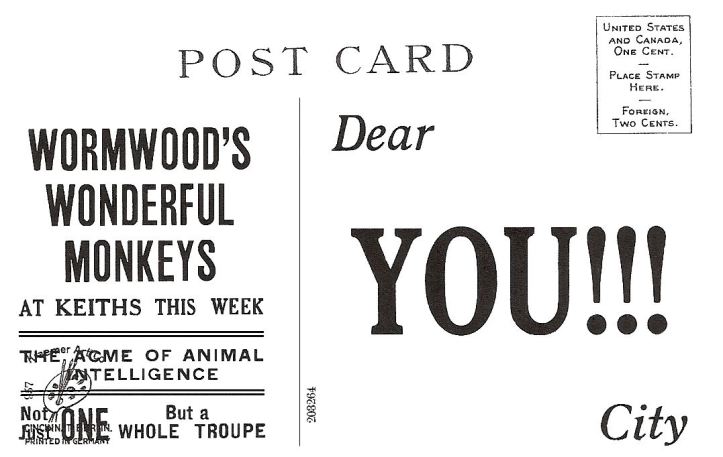 They perform in this 1903 comedy film by the Edison Company taken at Luna Park, Coney Island:

The act was so legendary that a repertory cinema in Halifax, Nova Scotia is named after it!