Neil Simon: Yes and No 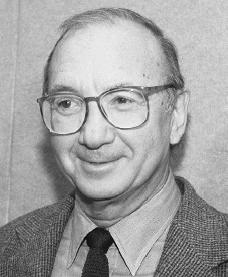 Today is, oddly enough, also the birthday of Neil Simon (b. 1927). I confess to having something of a love/ hate relationship with him as a playwright.

On the one hand, he’s the first playwright whose work I ever made an effort to know thoroughly, and actually studied and emulated. He’s second to none at writing a one-liner and certain kinds of comic monologues. In high school, my copy of The Collected Plays of Neil Simon, Volume One was dog-eared (Volume 2 wasn’t even out yet). As a writer of comedy, he takes a backseat to no one. By that point (early 80s) he had turned out Barefoot in the Park (1963), The Odd Couple (1965), The Star Spangled Girl (1966), Plaza Suite (1968), The Last of the Red Hot Lovers (1969), The Out of Towners (1970), The Prisoner of Second Avenue (1971), The Sunshine Boys (1972), and Murder By Death (1975) —and those are just the ones I care about, about a third of his output up to that time. Quite a few of these would have to be rated as high water marks in American comedy writing. As a playwright, I still consciously channel Neil Simon all the time.

The fact that he had been a tv writer on the best comedy variety show on television (Sid Caesar’s Your Show of Shows) with Mel Brooks, Woody Allen, Carl Reiner and Larry Gelbart, among others for colleagues can’t have hurt his chops any. His comedy chops, that is.

And here comes the BUT. It’s hardly an original one, you’ve heard it before, I’m sure. Simon, unfortunately, never quite learned how to take his playwriting beyond a certain level. Even through all those later efforts to become a more “serious” playwright in the 1980s and 90s and oughts, his worked remained relatively superficial, imaginatively crabbed, and kind of stuck in a conventional, formal box. It is to his credit that he tried to stretch, but it seems to me that he didn’t stretch in enough directions, that is, even if he had been able to. By the way (and this is a lesson Woody Allen never quite learned either) being a more “serious” playwright doesn’t need to mean that you need to get  out of comedy and tell “dramatic” stories. It means the themes you write about ought to be meaningful. You can still be gut-bustingly hilarious and make us think about life, death, war, hypocrisy, etc. To name drop: Moliere, Swift, Voltaire, Aristophanes, Ionesco, Chaplin, Monty Python, Stanley Kubrick. So I’ve read a little since high school and find myself unsatisfied with Simon’s oeurve ultimately…one has the distinct feeling he has played it safe, he writes theatre for tired businessmen, takes no risks, has little to say of consequence.

Or, ironically, I think he has probably said the most when he least meant to. His best script from that point of view is The Out of Towners, an existential nightmare set in the Big Apple of the 1970s. What a perfect marriage!

At any rate, I’ve written a more glowing tribute to Simon now on the occasion of his passing. That can be found here.