Today is the birthday of Gene Wilder (Jerome Silberman, b. 1933). Wilder is unique in being one of the great modern comedy stars who is primarily a comic actor (as opposed to a comedian). Trained at the Bristol Old Vic Theatre School, as well as HB Studios and the Actors Studio in New York, he brings an approach to his roles that was for a time infallible. 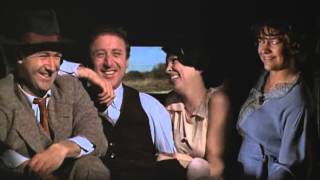 I think of certain moments in certain films that really are genius. His bit part as a nervous, kidnapped undertaker in Bonnie and Clyde (his screen debut, 1967) is actually one of the highlights of that film. (How many walk-ons have ever turned less than five minutes of screen time into one of the most memorable parts of a classic hit film?) He accomplishes so much there with so few lines: darting eyes, relieved gulps of laughter, expressions of panic. Similarly, there’s a moment I really love in Start the Revolution Without Me (1970) where an angry mob of peasants lifts him up and carries him out of a barn in order to lynch him. Wilder is playing it totally straight, but somehow it is very comical. These moments to me are lessons in how acting, playing it for real, can serve comedy. He really was the master of this approach for several years.

Of course, there’s no denying that he was aided in this work by what may be called Good Clowning Equipment: his weak chin, beak -like nose, enormous eyes, and mop of frizzy hair. We are ready to laugh at or with him from the instant we see him. The “money Wilder”, the one (as far as I’m concerned) we all want, is the one we get in most of his early films: that’s the borderline insane Wilder, always on the verge of hysteria (or past that hysteria, shrieking and caterwauling like a little girl who has just seen a tarantula that has just crawled under his bed.) The variation on this mode that also works for me is the hostile Wilder, the vessel for pent up rage and hostility that gives vent in red faces and Hitler like tirades. For these tantrums he taps into his inner two year old, and that’s funny. One thinks of him, at his best in his performances, as a Freudian case-study come to life. 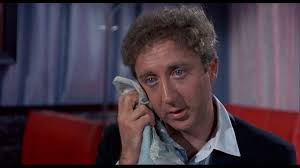 This was his most successful screen character and so long as he occupies this space, he hits his mark, I think. He does so in surprisingly few (too few) films, but they are enough to make that persona indelible. You see it Bonnie and Clyde (1967), The Producers (1968), Start the Revolution Without Me (1970), Willie Wonka and the Chocolate Factory (1971), Everything You Always Wanted to Know About Sex (1972), Rhinoceros (1972), Young Frankenstein (1974), Sherlock Holmes’ Smarter Brother (1975) and The World’s Greatest Lover (1977). 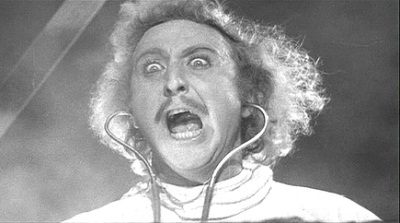 But one sees warning signs early in his career as well, indications of where he would later take a wrong turn. In Quackser Fortune Has a Cousin in the Bronx (1970), he plays a hapless Irish manure salesman who falls in love with an American woman played by Margot Kidder. Aside from the fact that the very Jewish Wilder makes a very bad Irishman, he is subdued and straight throughout; he’s never the guy we’re hoping to see.

Likewise in Blazing Saddles (1974), he is cast against type as a laconic, slow-talking cowboy. The miscasting is clearly intended as a gag, but it’s also a misfire. His performance is one of the least amusing things about the movie. 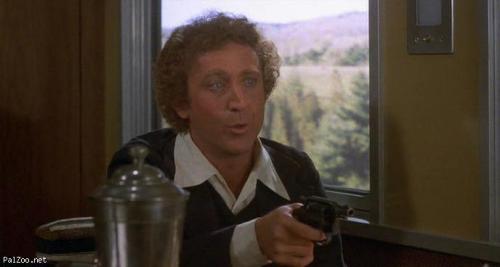 The permanent trouble (in my view, and I realize I may be swimming against the tide here) starts with 1976’s Silver Streak. In this film — which has much opportunity for Wilder’s patented hysteria —  he tamps it down to became a sort of variation on Cary Grant’s innocent dupe in a Hitchcockian double-chase in the manner of North by Northwest. He tries to be a romantic lead, among other things. The film has its merits, but I wouldn’t rate Wilder’s performance high among them. Unfortunately the film was a box office smash, leading to a whole series of buddy comedies with Richard Pryor, each progressively worse than the last. 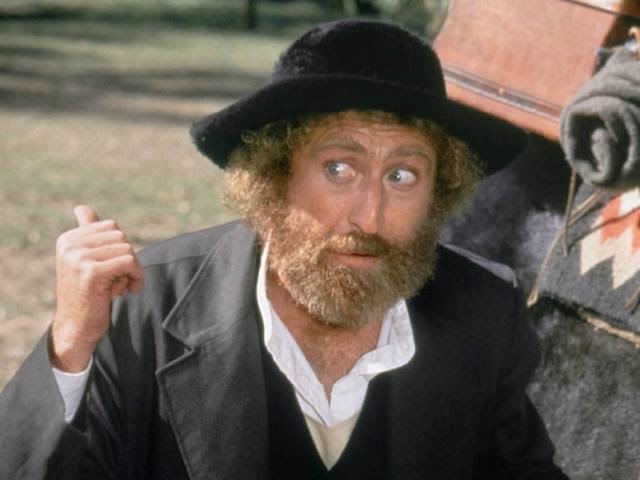 In 1979’s The Frisco Kid, he plays a 19th century Jewish Rabbi who winds up having adventures in the wild west with gunslinger Harrison Ford. Again, you would think this would be a recipe for comedy gold, but again Wilder plays it mostly straight and the opportunity was lost. One wonders if he felt the “hysterical little girl” thing was unsuitable for a man of his age as he went into his middle years. But, as years went on, he increasingly seemed to be holding himself back, not just not going “over the top” but never getting anywhere near it. This was true as well as the many comedies he did with his wife Gilda Radner in the 1980s, some of which were not bad ideas, they just paled in execution. (I had high hopes, for example, for 1986’s Haunted Honeymoon. How could it go wrong? But it did.) His last theatrical film was 1991’s Another You with Richard Pryor, who by then was clearly showing his MS symptoms. 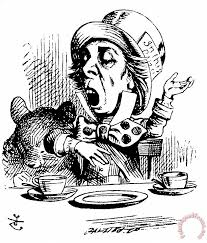 A typical example of how no one seems to properly use Wilder any more is his casting in a 1999 tv version of Alice in Wonderland. That sounds great, right? Gene Wilder in Alice in Wonderland? He’s MADE for it! He’s so the PERFECT person, the ONLY PERSON ON EARTH to play…The Mad Hatter! Can’t you see it? Unfortunately, in this film Wilder was cast as…the Mock Turtle. What a wasted opportunity.

For more on acting in comedy films see my new book: Chain of Fools: Silent Comedy and Its Legacies from Nickelodeons to Youtube, just released by Bear Manor Media, also available from amazon.com etc etc etc