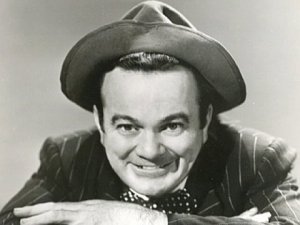 If there is a second edition of Chain of Fools (and I hope events warrant one!), one major thing I’d change is to include a section on the Dead End Kids/ East Side Kids/ Bowery Boys franchise. I got the idea too late in the process to make it so in the current edition, but in my chapter “Slapstick in Its Decadence” my idea is to add this franchise as a sort of link between Abbott and Costello and beach party films. Believe it or not, the latter genre is the actual end of the road for the original generation of silent film comedy professionals, e.g. Norman Taurog and Buster Keaton. Another link there is screenwriter Elwood Ullman who started out writing for the Columbia shorts department, then the Bowery Boys, and finally Dr. Goldfoot and the Bikini Machine. To my regret then, Gorcey and his gang are scarcely mentioned if at all in the current book, though they ought to be. At any rate, we’ll attempt to rectify the omission a little today.

Gorcey was second generation show biz; his parents Bernard and Josephine were both vaudeville performers. Leo’s career consisted virtually entirely of his performance with his shape-shifting gang of “Kids”. The beginning was the 1935 Broadway play Dead End by Sidney Kingsley, in which then plumber’s assistant Leo and his brother David were cast. When the play was turned into a Hollywood movie two years later, the brothers went with it. If you’ve seen the film or read the play you know that it is a straight drama. Only over time did the gang of juvenile delinquents who provide the fabric of the story, monster-like, grow into comic relief, and then become the whole point of each successive picture. From 1937 to 1939 the gang was known as the Dead End Kids; from 1940 to 1945, the East Side Kids, from 1946 to 1956, the Bowery Boys.

Gorcey emerged as the gang’s leader, who was eventually named “Slip Maloney” (the character had a variety of names before that was settled upon). Gorcey’s character was a tough, mean, unlikable and stupid mug, whose trademarks were bullying, malapropisms, and being always wrong. The series actually continued for two more years after Gorcey left. He’d reportedly developed an alcohol problem upon the death of his father  (Incidentally, Bernard Gorcey had played the character of Louie Dumbrowski in the series)

Gorcey did very little work after leaving the Bowery Boys, including a small role in It’s a Mad, Mad, Mad, Mad World (1963) and two films with his old co-star Huntz Hall, Second Fiddle to a Steel Guitar (1966) and The Phynx (1970, posthumous). Gorcey’s wife Kay, who had divorced him in 1944, married Groucho Marx, whom Gorcey performed with on the radio show Pabst Blue Ribbon Town. Gorcey died of liver complaint in 1969.

For more on slapstick comedy history please check out my new book: Chain of Fools: Silent Comedy and Its Legacies from Nickelodeons to Youtube, just released by Bear Manor Media, also available from amazon.com etc etc etc. And to find out about  the history of vaudeville comedy, consult No Applause, Just Throw Money: The Book That Made Vaudeville Famous, available at Amazon, Barnes and Noble, and wherever nutty books are sold.