April 8 is the birthday of Gladys Marie Smith, a.k.a. Mary Pickford (1892-1979). Pickford was of course most famous as a film actress and one of the most powerful people (male or female) in Hollywood, but technically she did appear for a short time in vaudeville — after she was already a star. That, and the many connections she has with many central figures in Chain of Fools (Fairbanks, Chaplin, Griffith) inspire us to post about her today. 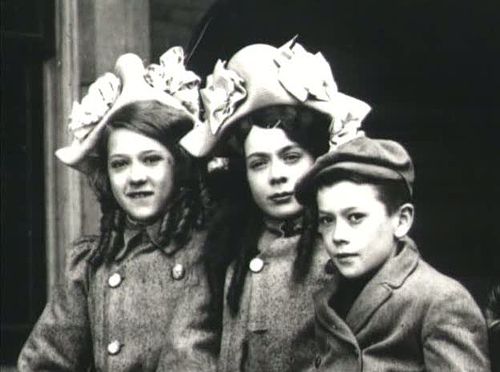 A Toronto native, Pickford had started acting in stage melodramas from the age of seven. (Her younger siblings Jack and Lottie were also to follow her into the business). After years of barnstorming, their careers began to take off 1906-1907 when Jack and Lottie were cast in a show with Chauncey Olcott, and Mary was cast in the Broadway play The Warrens of Virginia, written by William de Mille (Cecil B. DeMille’s brother) and produced by David Belasco. 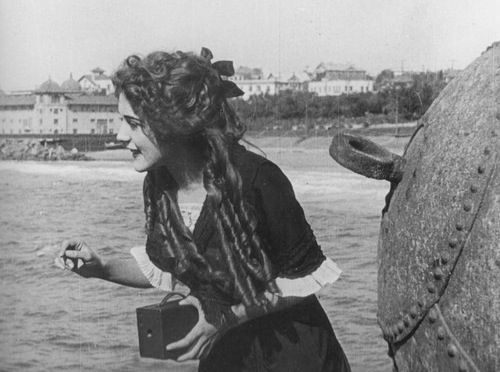 In 1909 Pickford began to get cast by D.W. Griffith at Biograph and her film career began to take off. From here she moved to Famous Players (later to become Paramount) in 1913, where she became a huge star, the biggest star in the country by some measures, her little girl persona and pretty ringlets representing a sort of beaux ideal for the pre-Jazz era — “America’s Sweetheart”. And this would hold true for two decades.

By 1919, Pickford was so powerful that she formed the movie studio United Artists with Griffith, Chaplin and Fairbanks. There is much to be said for getting in on the ground floor of an industry.

The coming of sound, however, was unkind to her. She cut her famous hair to a 20s style bob for the film Coquette (1929) — audience reaction (to the image change) was strongly negative, although the film did well and Pickford took home an Oscar. She couldn’t carry her end of her pairing with husband Douglas Fairbanks in their adaptation of The Taming of the Shrew (1929). Her career as a movie actress was over by 1933; her marriage to Fairbanks ended around the same time; her next husband was the somewhat less impressive Buddy Rogers.

With her career as a screen star foundering, in late 1933 she undertook a small run at what was left of vaudeville, being paid a stunning $10,000 a week to appear in a 19 minute playlet called The Church Mouse on a bill at the New York Paramount, a presentation house. The turn was a smash with critics and audiences. You can hear it! She recorded this radio version in 1934.

Despite this, what followed for Pickford was mostly a long, alcoholic retirement, although she did produce pictures occasionally — the last of which was the Marx Brother’s Love Happy (1950).

To learn more about the history of vaudeville, consult No Applause, Just Throw Money: The Book That Made Vaudeville Famous, available at Amazon, Barnes and Noble, and wherever nutty books are sold. And don’t miss my new book Chain of Fools: Silent Comedy and Its Legacies from Nickelodeons to Youtube, just released by Bear Manor Media, also available from amazon.com etc etc etc