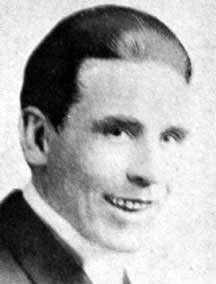 Augustus Carney (1870-1920) was one of silent comedy’s first stars, whose heyday was essentially of the pre-Chaplin era. Originating in British music halls and American vaudeville, he found his way to Esssanay Studios in 1910. After a couple of random starts he was partnered with Victor Potel as “Hank” in the “Hank and Lank” series. These were popular, but it was the following year that he struck it really big as the character Alkali Ike on a series of western themed comedies set in the fictional town of Snakeville. He became such a star that crowds mobbed him wherever he met, and Alkali Ike dolls were popular with children.

When Essanay refused his demands for a salary increase in 1912, he went over to Universal, where he got more money and became known by the less catchy name of “Universal Ike”. Paired with director Harry Edwards (later famous for his work with Harry Langdon), Carney became tempermental and developed a reputation for being difficult to work with. He stormed out of Universal in 1914, assuming a star of his caliber would easily be hired elsewhere. He wasn’t. He struggled along in small parts for another year or two, and then closed the book.

But, from sunnier days, here’s one of his biggest hits, from 1911, Alkali Ike’s Auto: