Agnes Ayres: From the Heights to the Depths 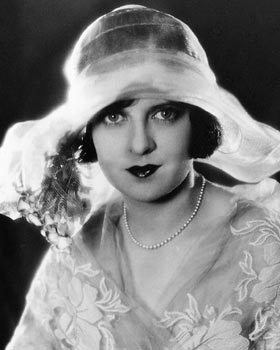 Today is the birthday of Agnes Ayres (1898-1940). The Illinois native got her start as an extra at Essanay Studios in 1914. She then moved to New York, where she began to get real parts at Vitagraph by 1917. Intense romantic and professional interest by Jesse Lasky resulted her becoming a star at Paramount circa 1920.

By 1929, having already broken with Lasky, married and divorced a wealthy Mexican diplomat, lost all her wealth in the stock market crash, and suddenly uncastable due to the coming of sound, she left Hollywood and resorted to performing in vaudeville, trading on her name recognition. By the mid 30s, that work was also gone. She attempted briefly to return to the screen in 1936 but threw in the towel within a few months. She lost custody of her child, was put in a sanitarium and died of a cerebral hemorrhage at age 42. It shouldn’t happen to a dog!

To learn more history about the history of vaudeville, consult No Applause, Just Throw Money: The Book That Made Vaudeville Famous, available at Amazon, Barnes and Noble, and wherever nutty books are sold.