Pearl White: Queen of the Serials 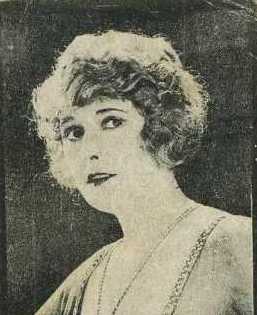 Today is the birthday of Pearl White (1889-1938), most famous as the star of silent movie adventure serials such as The Perils of Pauline and The Exploits of Elaine (1914). A Missouri native, she began acting in stage melodramas at age 6. She amassed a wealth of experience during her 15 years in live theatre, working as a bareback rider in a circus, singing in a Cuban dance hall, and touring with stock companies. In 1910, she began acting in one-reel dramas with the Powers Film Company. Four years later, Louis Gasnier cast her as Pauline in a series of serials for the Pathe Company. (Gasnier’s interesting career would also lead him to direct what would ultimately become his most lasting legacy, 1936’s Reefer Madness).

Pearl did many of her own stunts in these highly physical movies in which the feisty heroine flew airplanes, drove race cars, swam across rapids, rode horses, and took lots of falls. (Painful injuries would plague her later in life, leading to alcoholism and drug dependency). These serials were immensely popular. By the early 20s she was a very rich woman, and began to withdraw from films to live a life of leisure in Paris. From 1919-1921 she was married to movie star Wallace McCutcheon (Jr) (his father, Wallace “Pop” McCutcheon had been the principal director at Biograph prior to D.W. Griffith) . White’s career was immortalized in the highly fictional 1947 biography The Perils of Pauline , starring Betty Hutton.