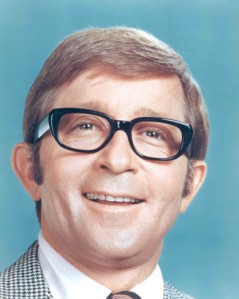 A tribute today to the late comedian Arthur “Arte” Johnson (1929-2019). Johnson broke into television in the mid-50s, often playing nebbishy types (vertically challenged and bespectacled as Johnson was). His career breakthrough came as part of the founding cast of Rowan and Martin’s Laugh-In in 1967, which remains his best known affiliation. The groundbreaking comedy variety show made stars out of most of its cast members. Johnson became so popular he was able to leverage top billing (after Rowan and Martin). His most popular characters were the Nazi soldier who would periodically emerge from behind a potted plant and say “Veddy interesting…” and “Tyrone”, a dirty old man in a series of blackout sketches with Ruth Buzzi . 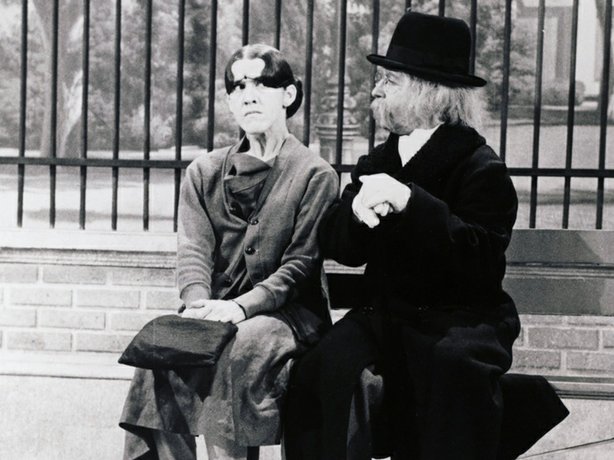 I’ve always loved the sheer ritual of these bits he did with Buzzi. It always goes in threes. Johnson’s character (“Tyrone”)  would join Buzzi’s “Gladys” on a park bench and venture to say something to her. She would take offense and hit him with her purse. Then he would try another tack, and she would hit him again. The third one would be the punch line, she would hit him with more force and then leave. Then he would slowly fall over.

Johnson improvidently left Laugh-In after the 1971 season to star in his own series Call Holme (the pilot aired but the series wasn’t picked up). After that, he went back to being what he had always been throughout the late 50s and 60s prior to Laugh-In, a frequent guest star on tv shows. Throughout the 70s and 80s he was frequently visible on the tube, but his stock had gone markedly down. From being at the center of the hottest show on television, he went to being a repeat offender on things like The Love Boat (no less than eight episodes) and The Gong Show. He worked a lot in the 90s, as well, although his stock had gone down still further; his parts now usually voice-overs and walk-ons.

I think it’s a shame he didn’t do more movies. For a time he seemed positioned to be a sort of American Peter Sellers (he was great at foreign accents), but he only got a couple of supporting turns in pictures, notably The President’s Analyst in 1967 and Love at First Bite (1979).

To find out more about the variety arts past and present, including tv variety such as Rowan and Martin’s Laugh-In consult No Applause, Just Throw Money: The Book That Made Vaudeville Famous, and for more on classic screen comedy my new book Chain of Fools: Silent Comedy and Its Legacies from Nickelodeons to Youtube