Things I Love About James Agee 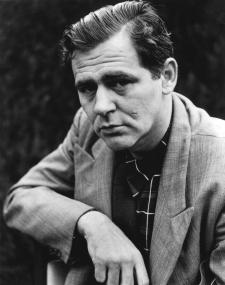 Over the past twenty years I have managed to go from dismissing him in my ignorance to totally revering him. Well, it’s all in how something gets introduced to you. Initially I knew him primarily as the author of the screenplay to The African Queen (not terribly impressive in the scheme of things, and others worked on it besides) and a book of criticism called  Agee on Film, which is fine as far as it goes (Agee wrote popular reviews for general interest magazines like Time and The Nation during Hollywood’s classical studio area. This writing is not the best measure of the full scope of Agee’s imagination or abilities).

I had undoubtedly read Agee’s famous essay on silent comedy “Comedy’s Greatest Era” many times as early as my teenage years, but the significance of its timing didn’t come to me until a good deal later. (Agee wrote this landmark appreciation at a time — the mid 1940s — when the silent screen comedians were in disfavor with both the critics and the public. He was instrumental in turning public opinion around on the subjects of Chaplin, Keaton, Lloyd and Langdon)

Early on, I was also of course aware of The Night of the Hunter (1955), a brilliant movie, but didn’t particularly know that Agee had written it (it’s common to give all the credit to its director Charles Laughton, although in recent years, Agee’s original draft has turned up, putting paid to that notion).

What truly turned me around was Agee’s 1941 literary masterpiece Let Us Now Praise Famous Men, a work still largely unknown to the wider public, I think. I was initially drawn to it because of the subject matter. My father was part of the same Tennessee/ Alabama white sharecropper culture that is the book’s subject and was a boy at the same time the book was published. Reading the book (and looking at Walker Evans’ photographs) was a way for me to get close to my own family background beyond the occasional remembered anecdote. I was prepared for an interesting book. I was not prepared for a work of towering, feverish genius. The book began as a magazine assignment that got out of hand. Much like Leaves of Grass and Moby Dick, both of which it resembles in scope and willingness to experiment, the book seems to have taken on a life of its own. Once he started scribbling, Agee wasn’t able to stop. His exploration of his theme is relentless, incandescent. It ought to be studied by school kids, but of course, like all great writing, it breaks a lot of rules.

His posthumously published novel A Death in the Family is also very moving (especially a memory of seeing a Charlie Chaplin movie with his dad, not long before his fatal car accident).

There’s much more. Agee was the foremost critical defender of Chaplin’s vilified masterpiece Monsieur Verdoux in 1947, as well as of Chaplin himself (back when the entire country was ready to boil him in oil for being a suspected Red). Interestingly, Agee even wrote an original silent film scenario for Chaplin in 1949 called The Tramp’s New World. Set in a post-apocalyptic world after an atomic war, there was no way in hell Chaplin was going to make it into a film. But you can read it! It was published in book form a few years ago.

I have more words of praise for Agee in my new book  Chain of Fools: Silent Comedy and Its Legacies from Nickelodeons to Youtube, just released by Bear Manor Media, also available from amazon.com etc etc etc. Please check it out!