The Land of the Pilgrims 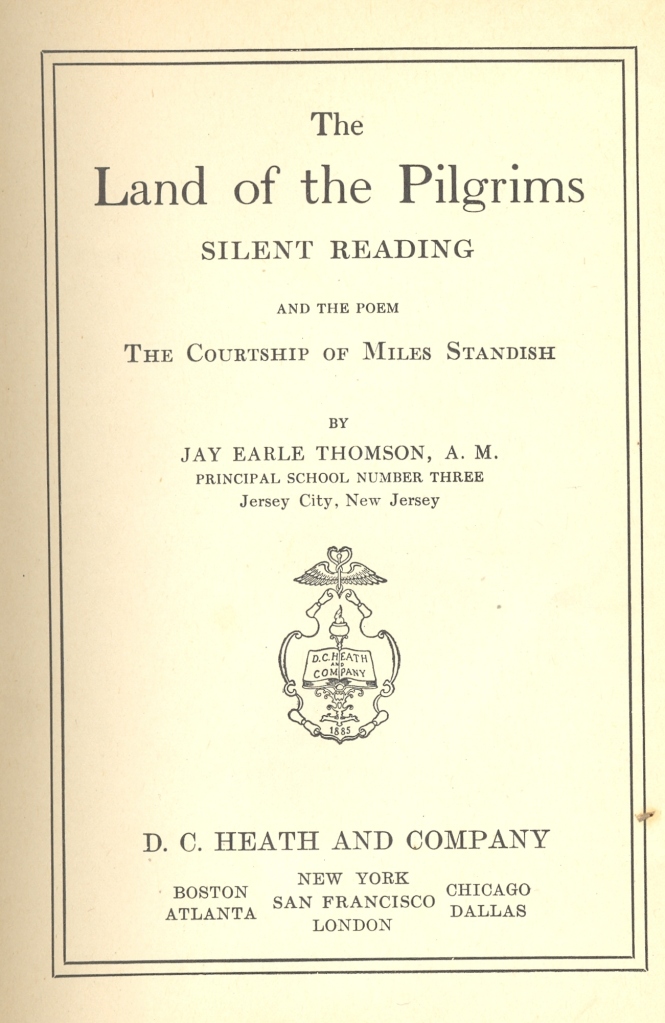 Here’s a charming if problematic object to contemplate this Thanksgiving Day: my 1925 copy of “The Land of the Pilgrims” by one Jay Earle Thomson, Principal of School #3, Jersey City, NJ. This is just the type of strange book, acquired from yard sales and the like, that I used to while away my summer days reading, forever warping my character and making me generally unfit for contemporary society.

The pleasures of this odd book are manifold. One, from a modern perspective, it is difficult to tell just what sort of textbook it is supposed to be. It dates from those holistic days when your teacher was just your teacher. He or she might teach you many things, some practical, some factual, some moral, and so on. It was before the god-awful assembly-line modern education system, where each subject is a different specialized branch of human knowledge with no apparent relationship to any other. “The Land of the Pilgrims” starts out as a history book, laying out the facts of the English settlers coming to the Plymouth colony in 1620. Then it becomes a sort of travel guide to modern Plymouth, pointing out all the places the historical tourist can visit. Finally, it re-prints the entire text of “The Courtship of Miles Standish”, along with a short biography of that poem’s author, Henry Wadsworth Longfellow. History, English, geography, and what to do on your vacation, all rolled into one course. Oh, and elocution, for it recommends memorizing and reciting certain passages of prescribed doggerel.

I call the book “problematic” because it cheerfully embellishes on the known facts in a way that is at once charming and disturbing. There is a distinct effort to paint a Homeric gloss on the story that those of us who are products of a modern history education find easy to see through and somewhat difficult to stomach. If Miles Standish takes a search party out into the woods, the men are inevitably described as “fearless”. The description of the English village from which the Pilgrims originally hailed is the pretty sort of picture one imagines might be painted before a lady’s gardening society, stressing how neat and proper it all is, as though to say, “Even though it’s only England, it is the most lovely and picturesque and proper little village in all of England, as only the village our ancestors came from CAN be!” The concerted effort to mythologize the events, to make of this band of 100 travelers the most noble group in the history of the world is palpable. And to modern eyes, a bit perplexing. Yes, it took bravery, yes, it was indescribably hard…but why can’t they have been (as they undoubtedly were) ORDINARY brave people undergoing hardships? And, as might be expected, the portrait of relations with the Indians is a bit tough to swallow. Periodically, we read an account of the settlers stealing corn from the natives, feeling bad about it, and promising to pay them for it later. The account ends before the promised repayment, and also before the Indians are finally wiped out in King Philips War a few decades later. Sometimes history is in what you leave out.

Most delightful of all, the book is inexplicably full of staged photographs depicting the events of 1620. They were clearly produced especially for the book, 300 years after the events pictured, but nowhere is there a disclaimer saying the people in the photograph are modern actors. On the one hand, it feels kind of neat, just as in the historical films of D.W. Griffith–as though you were looking at an actual photo of an impossibly long-ago era. On the other hand, a naive or uneducated person would have no reason to suspect that that wasn’t actually the case! Anyway, here are some of my favorites (just click on them to enlarge): 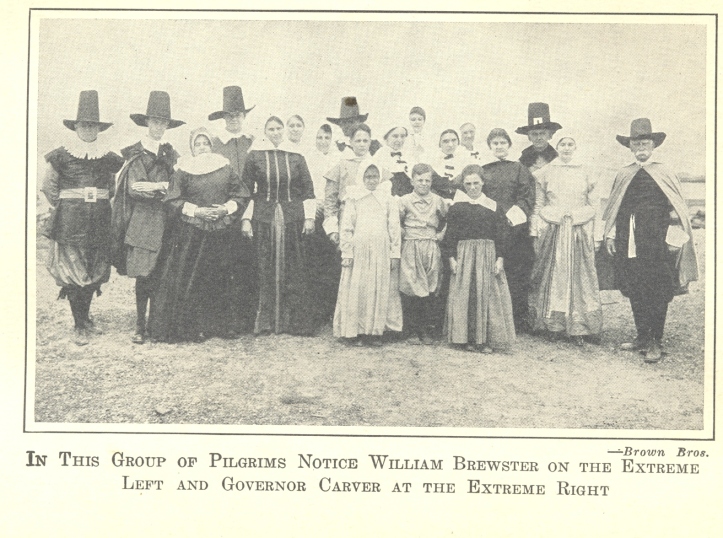 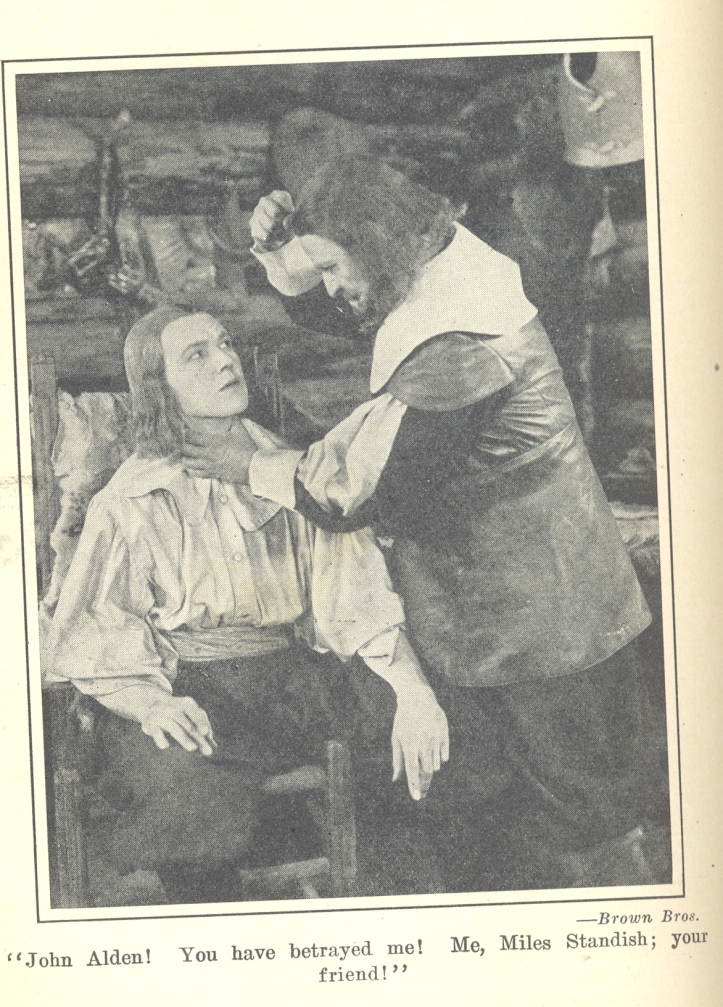 Have a Happy Thanksgiving!