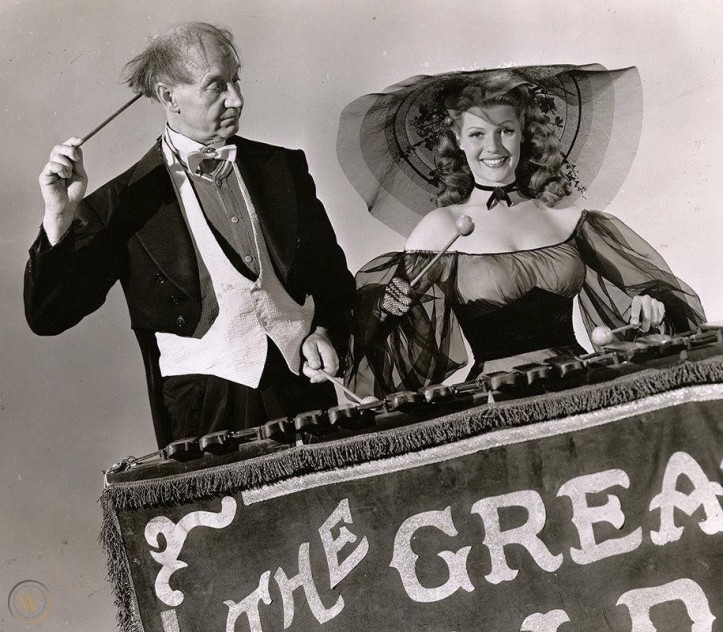 Professor Lamberti (born Basil Lambert on this day in 1892) had one of those classic, perfect vaudeville acts. The first half sounded a lot like what we expect from Fred Allen or Carl Ballantine — the parody of a bad act. He would play the xylophone and everything would go wrong. The mallets would get stuck, the tops would fly off, etc. Then, in the second half of the act, a gorgeous half-naked girl would come out and stand behind him as he played. The girl would get big cheers and he would think it was for him. For the wow finish, he would turn around, spot the girl and chase her off with a seltzer bottle.

He’s an excellent example of how vaudeville worked. He started out in minstrel shows**, stock companies and circuses, acting, singing, dancing, juggling and wire walking. He was also an expert musician on several instruments, including the xylophone. Eventually all of that experience got honed down into this one perfect act. He passed away in 1950, which is a shame — he was a natural for the Ed Sullivan show. But you can still see his act in the 1945 film Tonight and Every Night with Rita Hayworth.

To find out more about the history of vaudeville including nuts like Professor Lamberti, consult No Applause, Just Throw Money: The Book That Made Vaudeville Famous