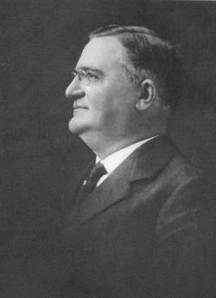 Sylvester Poli (born on this day in 1859), was an Italian sculptor of wax figures who immigrated to the U.S. to work at New York’s Eden Musee in 1881. (Like Vincent Price’s House of Wax this was one of those “educational” institutions that edified the public with lifelike representations of famous murderers and historical tyrants.) Within the decade, Poli was ready to branch out on his own, opening his first dime museum in Toronto. Soon the variety shows he presented as an added attraction were more popular than the wax exhibitions. In 1892 he moved to New Haven. His first theatre space there had been a free-and-easy concert saloon run by two refugees from the Kickapoo Medicine Shows. Poli cleaned the place up, switching it over to High Class Vaudeville (although at first he was not averse to presenting a dog-faced man, Siamese twins and a giantess. Old habits die hard.) Poli’s New Haven became the base for a vaudeville empire that would extend throughout New England and New York State. Connecticut in particular became Poli’s stomping grounds, with theaters at Hartford, New Haven, Bridgeport and Waterbury. 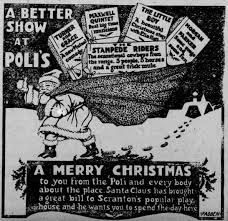 Poli was characterized by many of his contemporaries as a skinflint, who (despite a quiet dignity and famous good manners) would apparently respond to most monetary requests by whining. Yet, though he didn’t pay big time salaries, his theatre often featured big time talent because acts would take a Poli date at the last minute if they hadn’t gotten anything better. The proximity to New York made it convenient for such last minute jaunts. As a consequence, Poli could never advertise specific artists in advance, yet at the same time, audiences knew they could always expect to see a fine caliber of performer at his theatres. It was at Poli’s Hartford house, for example that a young Sophie Tucker had seen and been inspired by the likes of Willie and Eugene Howard and the Empire City Quartette – big names at the time. Poli’s New Haven, with its clique of inebriated Yale men was notorious for rowdyism. This mob of young worthies once erupted into a show-stopping riot during a Mae West performance necessitating a call to the police. On another occasion, a pack of these mugs so annoyed Joe Keaton that he picked up Buster and threw him at them, clobbering three and breaking the nose of one. Buster, who was used to being a missile, was unhurt. If nothing else, Poli’s Yale audience demonstrated that the sins of the old variety hadn’t had as much to do with class as everyone thought it did. In vaudeville’s last years, Loew and Fox bought most of Poli’s houses for their movie theatre chains, and Poli retired a rich man. He passed away in 1937.

See you next year!