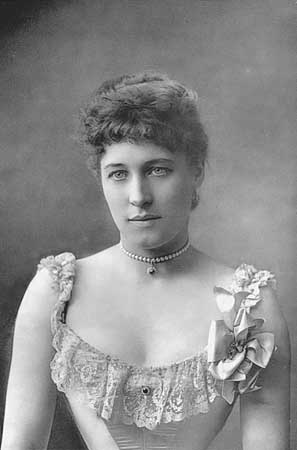 “I would rather have discovered Lillie Langtry than America”

To us Americans a “Jersey Lillie” sounds like an insulting gift, rather like a “Bronx Cheer.”  But it isn’t New Jersey the name refers to, but old Jersey, the island in the English channel where Emilie Charlotte le Breton was born on this day in 1853. The “Langtry” bit comes from her husband, whom she married in 1874. Pencil sketches of her by artist Frank Miles were used on postcards and helped pave the way for her stage career.

Langtry’s success upon the stage rested upon her beauty and personality rather than any talent as an actress, inspiring Mr. Wilde’s quote. In performances in London and America in the 1880s critics tended to flay her, but audiences ate her up with a fork and spoon. One of her contemporary fans was Judge Roy Bean, a hang ‘em high frontier jurist who assured her immortality by virtue of being depicted in Hollywood westerns starring the likes of Walter Brennan and Paul Newman.

She made her U.S. vaudeville debut at the Fifth Avenue Theatre in 1906 with the one-act Between the Nightfall and the Light. Several return visits with one-acts were made in the teens. She passed away in 1929. 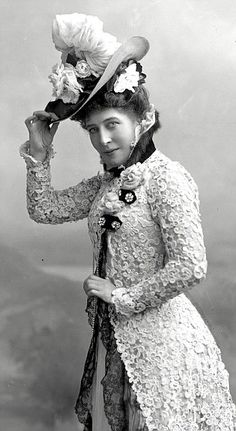